Today I am so excited to participate in Roseanna White’s cover reveal for her new novel. Now, before I reveal the cover and tell you a bit about Roseanna and her novel, I must say that the cover is absolutely stunning! I love it so much and it is such a wonderful and beautiful cover that, honestly, has me excited for this book! Now, without further ado here is the cover and other goodness!

Info on The Lost Heiress

Brook Eden has never known where she truly belongs. Though raised in the palace of Monaco, she’s British by birth and was brought to the Grimaldis under suspicious circumstances as a babe. When Brook’s friend Justin uncovers the fact that Brook is likely a missing heiress from Yorkshire, Brook leaves the sun of the Mediterranean to travel to the moors of the North Sea to the estate of her supposed family.

The mystery of her mother’s death haunts her, and though her father is quick to accept her, the rest of the family and the servants of Whitby Park are not. Only when Brook’s life is threatened do they draw close—but their loyalty may come too late to save Brook from the same threat that led to tragedy for her mother.

As heir to a dukedom, Justin is no stranger to balancing responsibilities. When the matters of his estate force him far from Brook, the distance between them reveals that what began as friendship has grown into something much more. But how can their very different loyalties and responsibilities ever come together?

And then, for a second time, the heiress of Whitby Park is stolen away because of the very rare treasure in her possession—and this time only the servants of Whitby can save her. 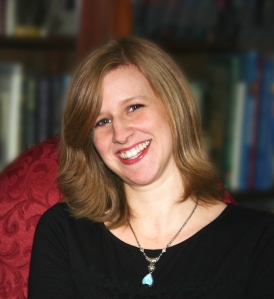 Roseanna M. White pens her novels beneath her Betsy Ross flag, with her Jane Austen action figure watching over her. When not writing fiction, she’s homeschooling her two children, editing and designing, and pretending her house will clean itself. The Lost Heiress is Roseanna’s tenth published book. Her novels range from biblical fiction to American-set romances to her new British series. She lives with her family in West Virginia. Learn more at http://www.RoseannaMWhite.com

Sign-up for Roseanna’s newsletter to get updates on availability at other retailers, like Amazon and B&N: http://eepurl.com/hIvJw

Leave a Reply? I love to talk! I'm a friendly gal, I promise! Cancel reply

Two videos in one day?? Who am I? 🤣🤣 here is a reading update for you all and a little moment to wish @marionblackwood a happy release day for her book Ruthless Villains!
Had to jump in and join @fictionaltiff #electricbookstack challenge (and giveaway 🙊👀) giveaway aside this challenge was so fun! I don't have many books in my favorite color (orange) so I picked a few of my favorites in a few of my favorite colors (red, orange and black)
I was inspired to join in on this challenge after seeing @chelseaareads and @vintreads do it and even though I don't really read romance as a genre I couldn't pass this up! 🙊🙈
MAY THE 4TH BE WITH YOU!